TecPlata, operator of the container terminal located in Puerto La Plata, has signed a contract with Evergreen Marine Corp Taiwan Ltd. for the start of a new service to Asia and the Far East.

With this agreement with the Taiwanese shipping line, TecPlata takes a further step in its consolidation as an alternative port in Buenos Aires for Argentine companies seeking competitive options for their exports and imports while taking advantage of TecPlata’s high quality service and modern facilities.

TecPlata, which began operations with the Brazilian shipping line LogIn last April 2019, will enhance with Evergreen the offer of services for Argentine foreign trade operators, who will now have the possibility to quote directly a shipment to Asia and the Far East from and to La Plata.

Evergreen will carry out this new service in collaboration with LogIn, connecting with the largest ports in China, Taiwan, Japan, South Korea, India and others in Southeast Asia. 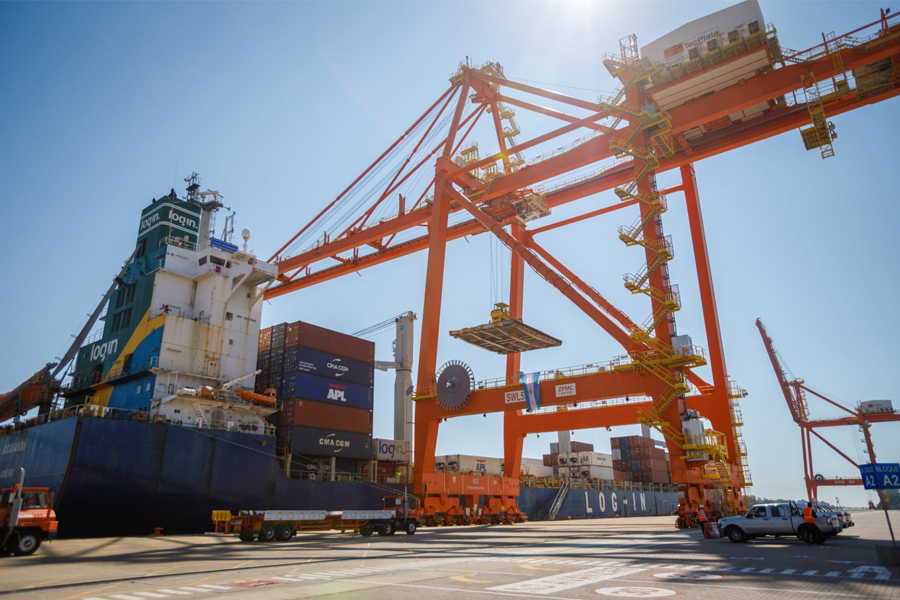